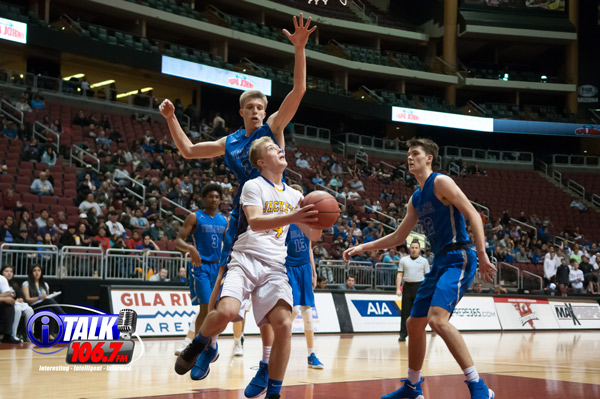 The number 1 seated but undersized Blue Ridge Yellowjackets had their hands full with the #4 Valley Christian Trojans, but the jackets were up to the task.  The Yellowjackets, despite being outscored in the paint 34-22, followed their game plan and used their proficiency in long-range shooting to secure the win.  The Trojans were 4-14 for 28% from behind the 3 point line while the jackets went 5-10 for 50%.  The Jackets also won in the turnover column forcing 15 and giving up only 9.
Watch the highlights from the game here: 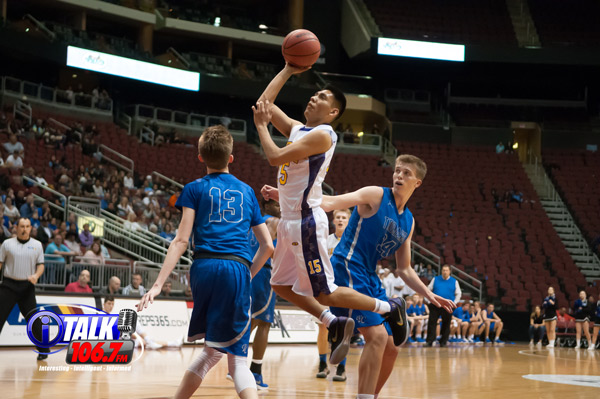 Darrien Burnette led the way for Jackets scoring 22 points including hitting 3 of 5 from behind the 3 point line.  Mason Berges had 15 points, PJ Velasquez had 8, Corey Endfield had 7, Seth Chavez hit a critical 3 pointer late in the game just as the Trojans were making a run to keep the jackets in front by 2 possessions. Ryan Halls and RJ Tate each had 2 points in the game.

The Jackets will now face the Winslow Bulldogs in the 3A State Basketball Championship game at the Gila River Arena in Glendale, AZ on Monday night at 5pm.  Listen to live coverage of the game on the radio at iTalk 106.7 FM or online at iTalk1067.com.