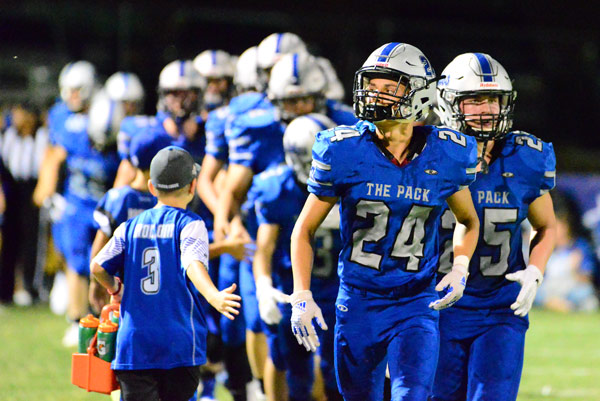 The 1-0 Chargers of Benjamin Franklin High School travel to Snowflake tonight to take on the 1-0 Snowflake Lobos. The Chargers were a semifinal team in last year’s 3A State Championships and have been touted by Phoenix media as the #7 team in 3A this week.

Snowflake will try to improve on their win last week over Safford as they work to eliminate mistakes and penalties.

For Ben Franklin we expect to see big performances from Sr. Running Back #5 Chandler Miles and So. Running Back #31 Chancin Loving. The Chargers’ top running back from last year, Jr. #24 Zach Jefferies, suffered an injury last week in their game against Ganado, and it is unclear if he will be playing tonight.