Snowflake, Blue Ridge, and Show Low all made it to the 3A State Volleyball Tournament this year, but Snowflake was the only team to make it past the opening round.

Show Low was the #14 seed and had to play one of the toughest teams in the tournament – the #3 Northwest Christian Crusaders.  The Crusaders boast 3 players that have committed to play at the next level, and feature one of the top hitters in the state – Reagan Hope – who is second in 3A in kills (493), and third in hitting percentage.  Show Low lost in 3 sets; all three by the same score: 25-11. 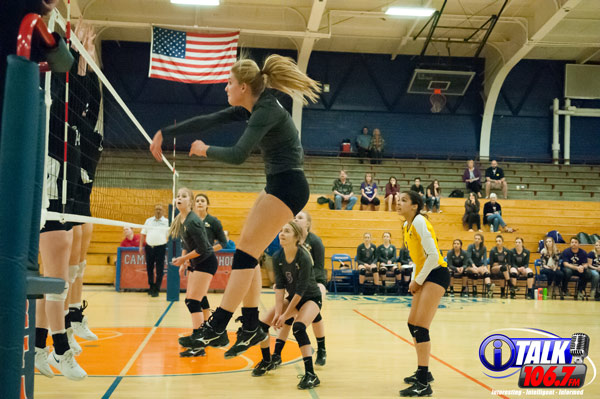 Blue Ridge Junior, Outside Hitter Ellie Berges crushes a ball for a kill during the opening round of the 3A State Volleyball Tournament against Valley Christian. Blue Ridge lost 3 sets to 2.
Photo Credit: Camden Smith, iTalk 106.7 FM

The #4 Yellowjackets suffered a disappointing first round elimination, with an upset by #13 Valley Christian.  Blue Ridge appeared to be tense to open the game and quickly fell behind.  They were blown out in the first set 25-10, but seamed to regain their confidence in the second set.  They won sets two and three 25-22, and 25-21, but their confidence was rocked in set Four losing 25-16.  The Trojans got out to an early lead and never looked back in the fifth and final set, pulling off the upset 15-9. 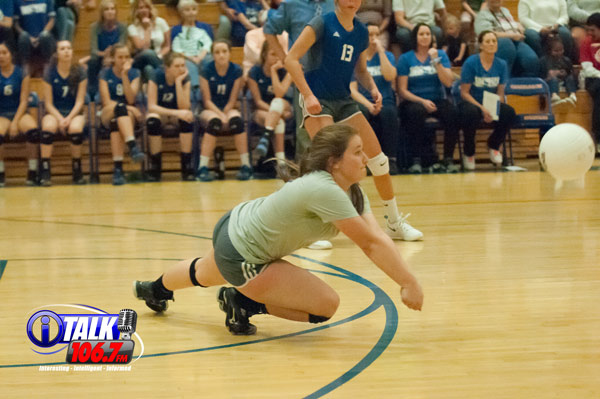 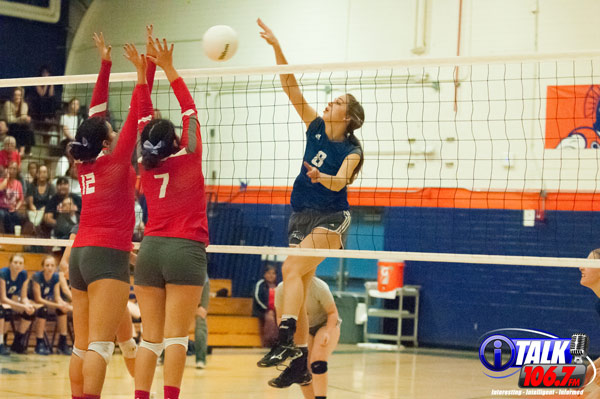 AZ College Prep went on to play Northwest Christian for the 3A State Title and lost in 3 sets to the Crusaders.