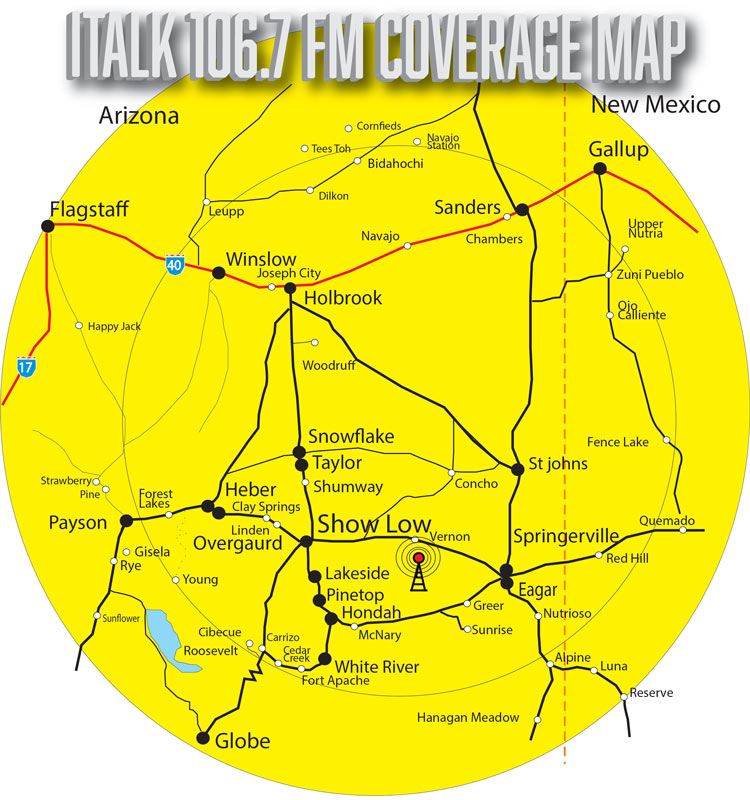 iTalk 106.7 offers extremely competitive rates and features a sales and marketing staff that has a proven track record of developing advertising campaigns that have doubled, tripled and even quadrupled our client’s sales.

iTalk 106.7 FM is the White Mountains Best Radio Station with programing like:

Daybreak USA
Fox News Talk’s Kilmeade and Friends
The Dave Ramsey Show, The Chad Benson Show
The John Batchelor Show
And sports programming that is second to none:
The Arizona Cardinals
The Arizona Diamond Backs
The Phoenix Suns
and The Arizona State Sundevils

iTalk 106.7 FM has the best coverage of High School Sports on the Mountain:

iTalk’s High School Sports coverage includes not only radio coverage but live and on demand video streaming of High School Football, Volleyball, Basketball, Softball, and Baseball.  Take a Moment to watch this short highlight video to get a sense for what we do.  Click the image below: