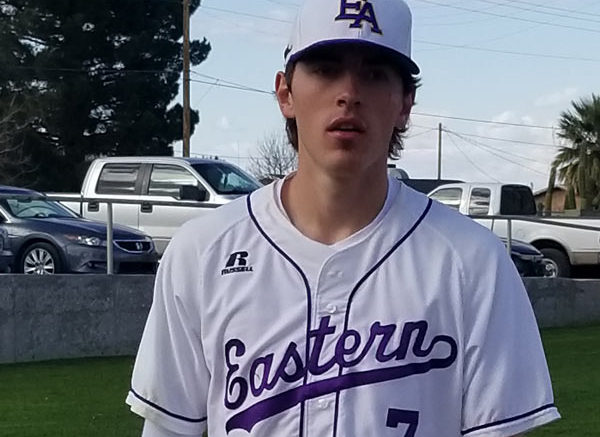 Blue Ridge Graduate Seth Chavez starts year number two this year as a pitcher for Eastern Arizona College.  Chavez recently had the opportunity to pitch in front of the New York Yankees scout team and according to the Eastern Arizona Courier (News Paper) The Yankees seamed to have some interest in him.  Eastern Arizona College hosted a scrimmage with the Yankees Scout team in which Chavez had the opportunity to pitch.  About the outing Seth said “I’ve been rehabbing this summer. I came out loose, nice and easy, establishing a first-pitch strike and that’s all you really need to do. This is nice. We really appreciate them coming down here. Both teams get some reps. All of us have been working hard. It’s nice to get out on the field and play some competition. This definitely gives us an opportunity to play in front of scouts and different people who have connections,”