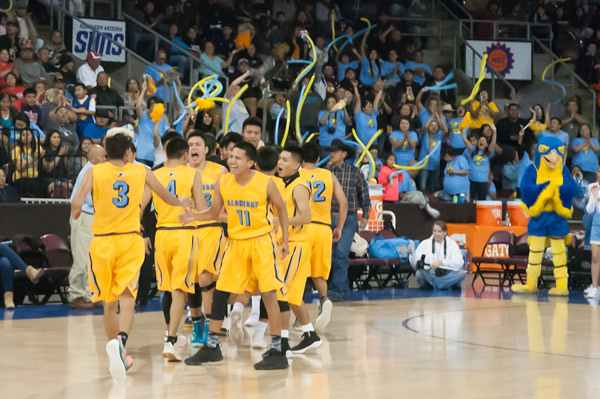 The Lady Yellowjackets of Blue Ridge High School travel to White River to take on the Alchesay Falcons. Click the image below to watch the game. Scroll down to find the boys game.

The Jackets need all the wins they can get to secure a spot in the 3A State Tournament. They are currently ranked 25th in the Conference. They will need to finish at least 24th to make it into the 24 team tournament which will be accepting only 10 at large teams after the top 2 teams in each region get automatic bids. A win over the Falcons will certainly help their chances but, they will have to do it without their starting Center Kiera Smith who suffered an ACL sprain last week.

The Lady Falcons are Ranked 5th in the 2A Conference and will be very tough to handle in what has become one of the Best rivalry match-ups in the State. If the Falcons can finish in the top 8 they will get an automatic bid to the 16 team 2A State tournament.

Click the image below to watch the Boys game:

Get ready for some fast paced high Scoring basketball. Both teams boast a host of players that can run the floor and hit shots from outside the 3 point ark. If both teams are on this could be one of the most exciting games of the year.