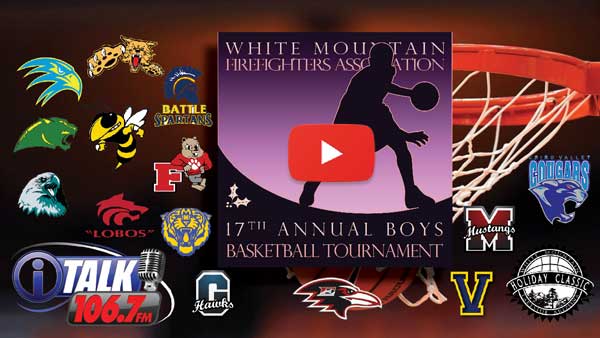 The White Mountain Holiday Classic Basketball Tournament held at Blue Ridge High School featured some of the top teams in 3A and 2A Basketball.  The number 1 team in 3A the Blue Ridge Yellow Jackets ended up Facing the number 1 team in 2A the Alchesay Falcons.  The last time these 2 teams faced each other it was the first game of the season and Blue Ridge proved to be the better team.  The Falcons have an unblemished record since that game and did what no other team to date has been able to do.  They handed the Yellow Jackets their first loss of the season in a decisive win.

Watch the rest of the tournament here:

Many Farms vs Valley:

Watch the games from Friday here: