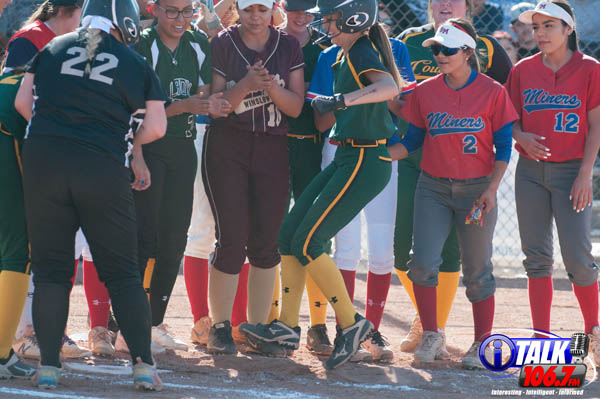 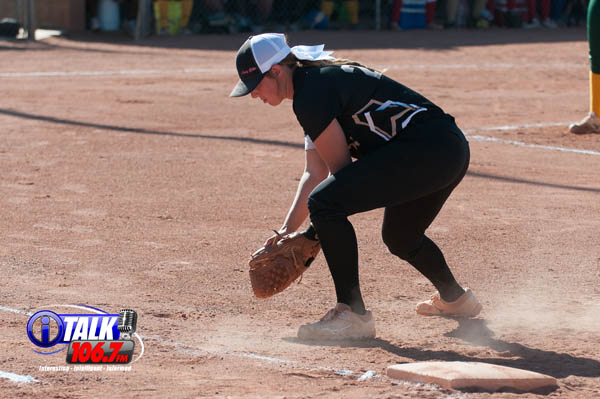 Round Valley’s Lauren Morris fields a ground ball at First Base to record an out during the 2018 Arizona High School All-Star Softball Games. 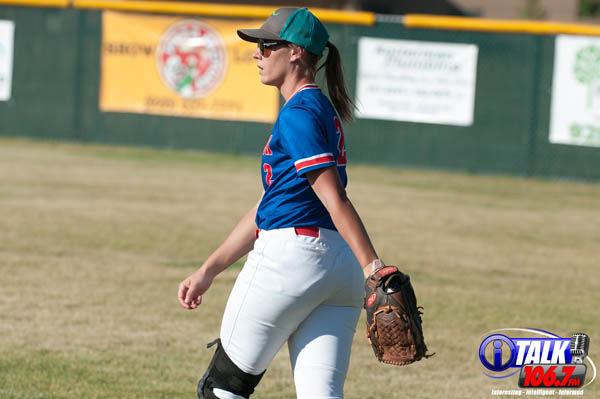 Holbrook’s Carla Plumb returns to her position in Right Field after making a play in the 2018 Arizona High School All-Star Softball Games. 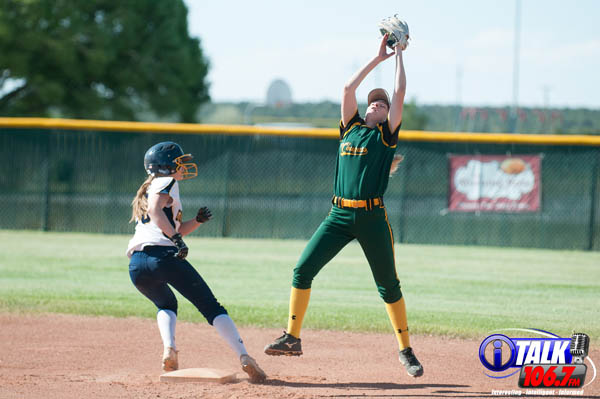 Show Low’s Haley Housley catches a high throw at second base to hold the runner durring game one of the 2018 Arizona High School All-Star Softball Games.

Both games provided plenty of entertainment for the fans.  Game one was a back-and-forth battle that was not decided until the final play of the game.  The North was down by a run with 2 outs in the bottom of the 7th when San Manuel’s Clarissa Lizarraga made it to first on a fielding error to bring up Holbrook’s Kallee Reidhead.  The first pitch to Reidhed was a letter-high fastball over the middle of the plate that she drove to the fence in Left Center Field.  Lizarraga tried to score from first on the play, but was thrown out at the plate to end the game with the South winning the first game 8-7.

Shy Wheeler had the games only Home Run and her play was selected as the “Demers Glass: Glass Shattering Hit of the Game.” 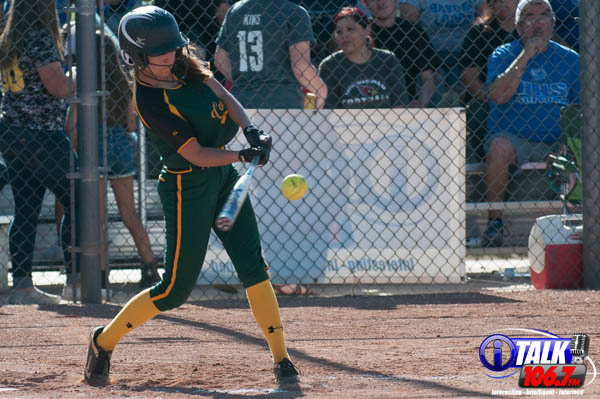 Game 2 offered another exciting battle.  Despite a tie game in the early innings the North All-Stars found themselves down by 3 runs as they came to the plate in the top of the 7th.  Hits by Show Low’s Haley Housley and Holbrooks’s Carla Plumb along with an error and an overthrow on an attempted back pick tied the game.  A base hit by Shy Wheeler scored the go-ahead run and after advancing to 3rd on a passed ball and a wild pitch she scored on another South fielding error to give the North a two-run lead going into the bottom of the 7th.  Wheeler made the highlight reel again this time with her glove as she made a shoe string catch of  a line drive and threw to first for a double play to help the north hold on to the lead and win the game 9-7.