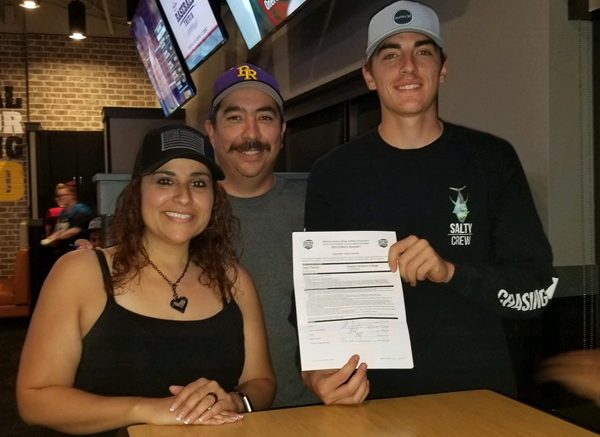 Blue Ridge standout athlete Seth Chavez will be playing baseball next year for Eastern Arizona College in Thatcher, AZ.  He was part of this years basketball team that played for a State Championship but, his first love is Baseball.  He was a 4 year Varsity player, and this year on the diamond he lead his team in batting with an impressive .395 average, and an on-base percentage of .485.  He racked up 20 RBI’s off 34 hits and scored 39 times, and led the Jackets in stolen bases going a perfect 10 for 10.

His talents have not gone unnoticed as EAC Head Coach Jim Bagnall recently offered Seth a full-ride to play for the Gila Monsters next year.  Seth signed his letter of intent last month to make it official.  He will be following in the footsteps of his grandfather, Greg Chavez Sr., who played for EAC almost 46 years ago.  While Seth is undecided on a major, his interest will be focused on either Para-medicine or Health and Physical Education. 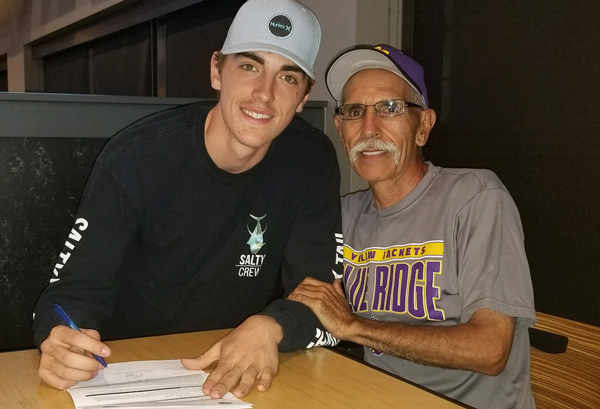 Seth’s father, Greg Chavez Jr. and his grandfather, are well known in the community for dedicating many years of service officiating High School Football, Basketball, Baseball, and Softball games.  They are known around the state for their commitment to excellence in officiating.  Chavez Jr. can also be heard often on radio and television broadcasts for local High School sports on iTalk 106.7 FM, iTalk1067.com, and Show Low TV Channel 56.

To watch Seth in action click the image below for a game broadcast from earlier this year that he played in: