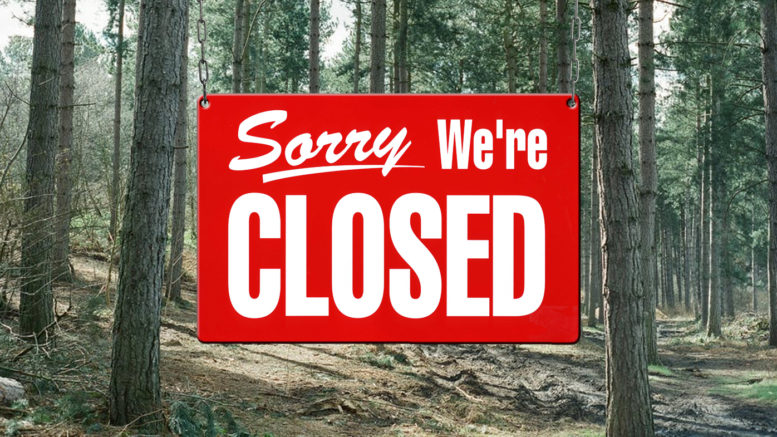 PHOENIX, May 21, 2018 — For Immediate Release.  Public safety concerns due to drought conditions, hot temperatures and increased fire danger are causing the Tonto National Forest to implement two area closures beginning at 6:00 am, on Wednesday, May 23, 2018.  Areas outside of the closures will remain at Stage 2 fire restrictions.

The area closures will be in these general areas and will include all Tonto National Forest lands within the boundaries:

National Forest System Road 583 from State Highway 87 will remain open for access to Tonto Natural Bridge State Park.  The Tonto Creek and Canyon Creek Fish Hatcheries operated by the Arizona Game and Fish Department will be closed for public access.

County roads through the Tonto National Forest remain open unless the road is specifically closed by the agency managing the road. All national Forest System roads and trails within the area described above are closed.

Owners and leases of private lands within the boundaries of the described areas may travel to and from their private property.

The RV Dump site on the west side of State Highway 188 at Cholla Bay will remain open during regular business hours.

The Tonto National Forest wants concerned citizens to know that forest closures are not taken lightly, as they affect many people, businesses, partner agencies, important restoration and other work on the forest, and the public.  When forest closures are in effect, everyone is prohibited from entering the forest including Forest Service personnel, unless they are responding to a wildfire or other emergency or patrolling to ensure enforcement of the closure.

Work on thinning and other forest and watershed restoration projects ceases under a forest closure.  Partner agencies, organizations, concessionaires, outfitters, permit holders, and contractors, including utilities, are all prohibited from entering the forest to even make repairs or work on infrastructure running through the national forest.  Only emergencies or other very limited exceptions are made.

“These area closures are to provide for public and firefighter safety during the extreme fire danger currently being experienced in central Arizona,” stated Don Nunley, Fire Staff Officer for the Tonto National Forest.  “We continue to remind the public that fireworks and other incendiary devices are always prohibited on public lands, and that target shooting remains prohibited under Stage II Fire Restrictions still in effect for the remainder of the Forest.”

For more information on: